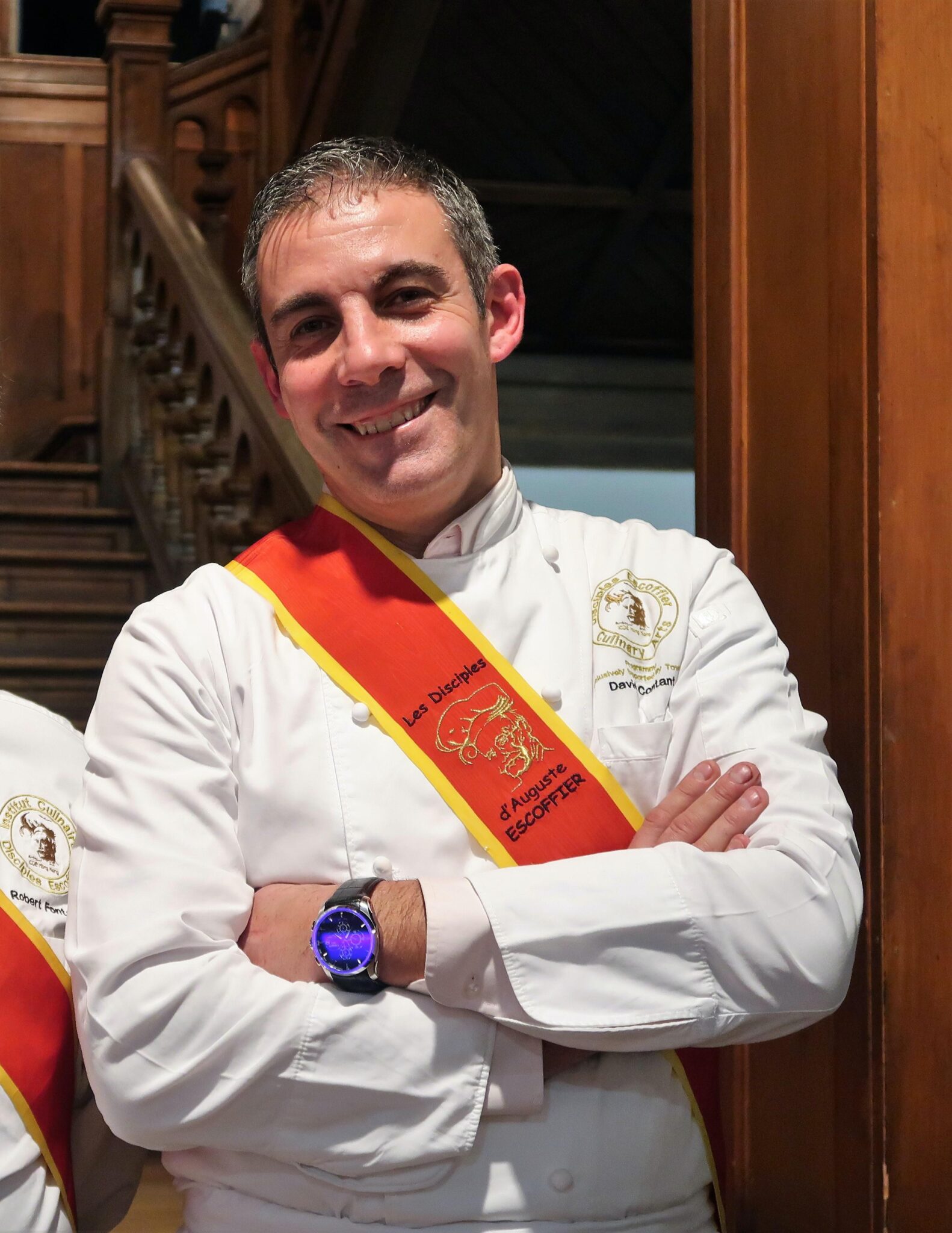 David Contant is a Master Teacher at ICDE in Romania, and member of Disciples Escoffier International. He has spent several years as ICDE Master Teacher in Hong Kong and Manila, and has over 30 years of experience in the fine dining industry.

David began his apprenticeship at le Rempart, a Michelin- starred restaurant in Tournus, France. He later went on to work at the Hotel de l’Abbaye de Talloires, a fine dining Relais & Châteaux restaurant ranked 16/20 by Gault & Millau. Other culinary experiences included working at the Château de la Jonchère in Bougival, the domain offered by Napoleon Bonaparte to his wife, Empress Josephine de Beaurnais.

He later moved to Germany, where he opened the Alter Oper restaurant with Chef Alois Kopf (2 * Michelin), and later became senior sous-chef at the Sheraton in Frankfurt, voted Germany’s Best 5* Hotel at the time.

More recent roles took him from being an executive chef in luxury hotels, to consultancy roles for F&B groups such as Metro and Maison Rougié. Yet one of David’s most memorable experiences was working as a Chef at George Blanc’s legendary 3* Michelin restaurant in Vonnas, France, and later being instrumental in launching a George Blanc international concept.

David holds a French CAP Diploma in culinary arts, and was a finalist in the “Best Apprentice of France” competition while completing his studies. He also holds a Professional Bachelor in Hospitality, as well as HACCP and ISO certificates in hygiene, quality, vacuum cooking and management systems. Best chef in Romania (2007), Golden Chef Bucharest (2009) are two of the awards he received in Romania.