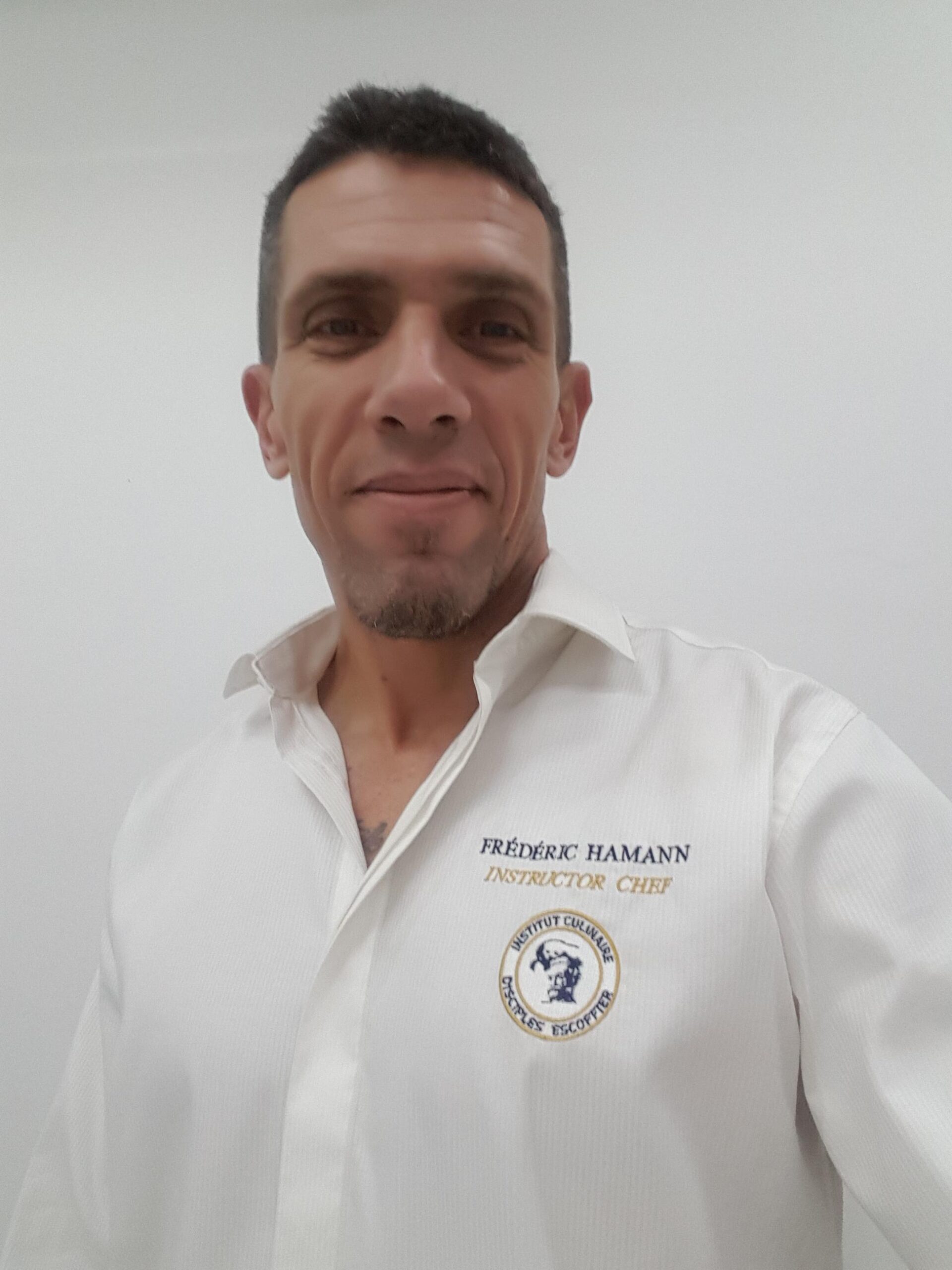 Frédéric Hamann is a Master Teacher at ICDE in Thailand.

Most recently, Frédéric was a cookery instructor for the French Ministry of Education. He taught at the Lycée Hôtelier la Renaissance (Hospitality & Culinary High School) in Réunion island, and between 2017-2019 was a member of the Professional Jury to the national official examinations (including the C.A.P., Professional Baccalaureate and B.T.S.). He was also involved in corporate training, for instance as catering trainer for « Endémia Formation”, among other roles.

He began his career at the famed “Le Procope” brasserie in Paris, one of the capital’s oldest restaurants, founded in 1686. His career later took him from fine dining establishments to restaurants focused on traditional French cuisine, across France and in the United Kingdom. Recent positions included Head Chef at Métis Café in Hermitage Les Bains, and at the Coin de Table, at St Paul in Réunion island.

He holds B.E.P, B.P. and C.A.P certificates in hospitality and culinary arts from C.F.A Adolphe Chauvin in Osny, France. He has also obtained the National Adult Professional Instructor title (F.P.A) at A.A.T.I, in St André, and holds a Food safety and security HACCP certificate.