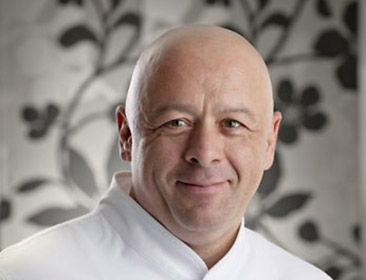 Thierry Marx, a specialist in molecular cuisine, is the executive chef at the Mandarin Oriental hotel in Paris, where his restaurant Sur-mesure par Thierry Marx has received two Michelin stars. He is also President of Disciples Escoffier International, heading a culinary association counting over 25’000 Disciples in 26 countries.

He was previously Chef at the Relais et Château Cordeillan-Bages in Pauillac, where he received two Michelin stars. He was elected by Gault Millau Chef of the Year in 2000. Since 2010, he is a member of the jury in the French version of the cooking TV show Top Chef.